The Oregon Coast weather experiences some fog, sun, rain, and mild weather – sometimes all in the same day. 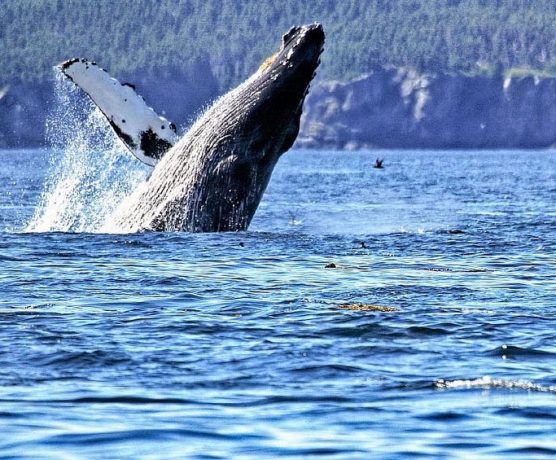 Twice a year 20,000 whales pass by Oregon's Coast on their migratory route in December and March. 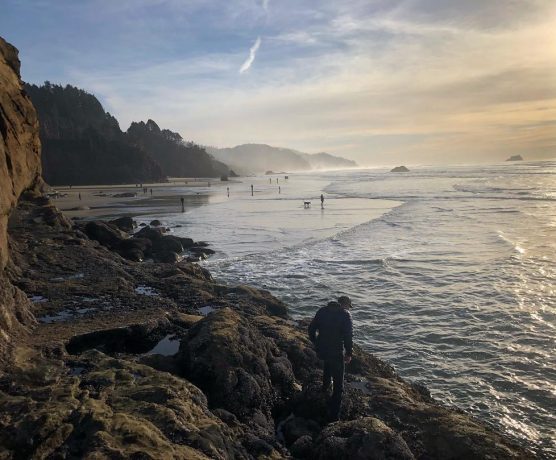 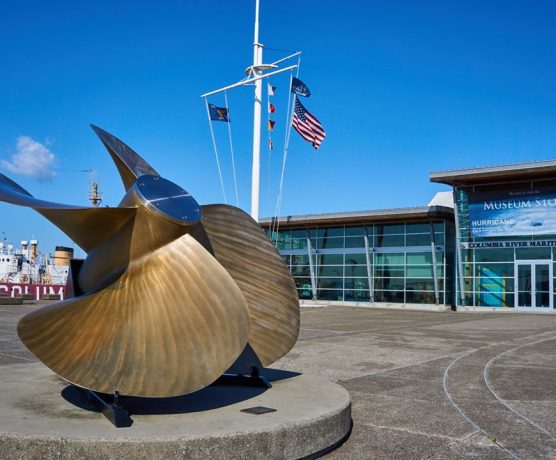 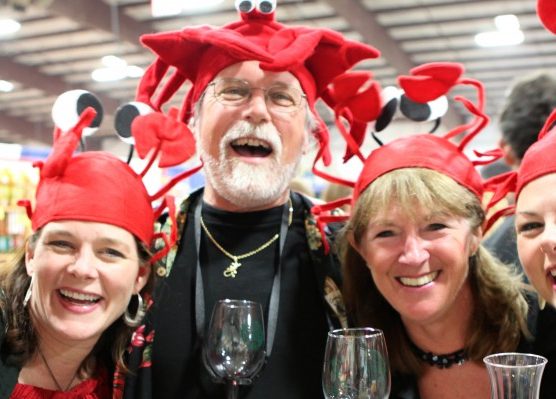 In the spring season, we gather to celebrate crustaceans, craft brewing, and culinary flair only found on Oregon's North Coast. 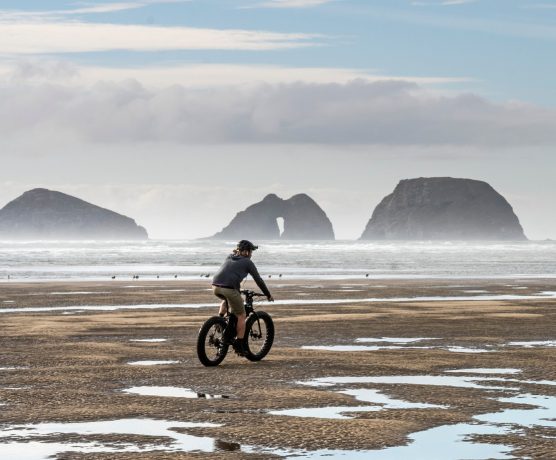 Getting around on two wheels here could mean backwoods or sandy beaches, curving coastal roads or paved town paths.

Back in the Saddle 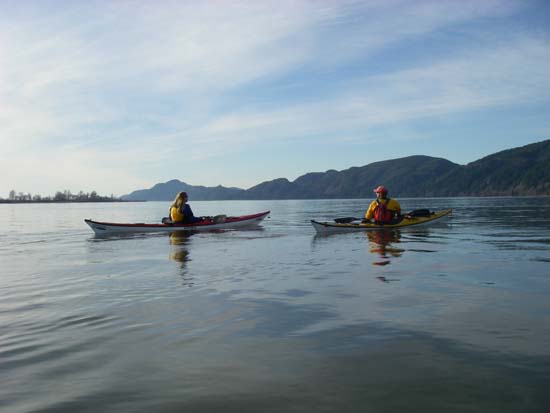 Paddle Out on Kayaks

Kayaking on the various waterways is a great way to see the wild beauty native to our area. Click for locations and rentals. 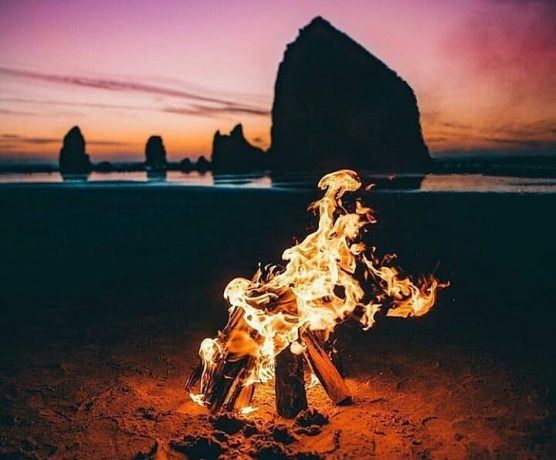 It's a great tradition out on Oregon's North Coast to build a beach bonfire and watch the sunset show then fade into starry skies. 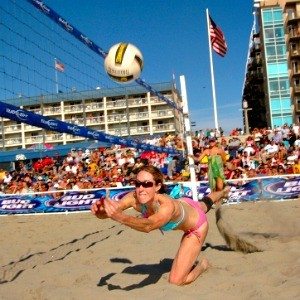 In the summer, see works of art that disappear overnight, world-class competitions, and the home of The Goonies on Oregon's North Coast.

Good weather can last into October

Freshening up the foliage 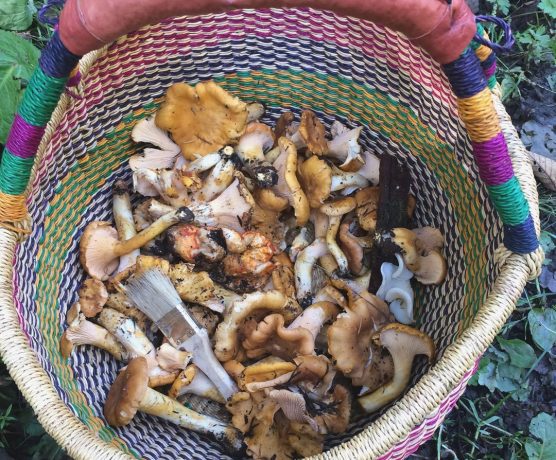 Bring home your own harvest from Oregon's North Coast with this guide to hunting mushrooms. 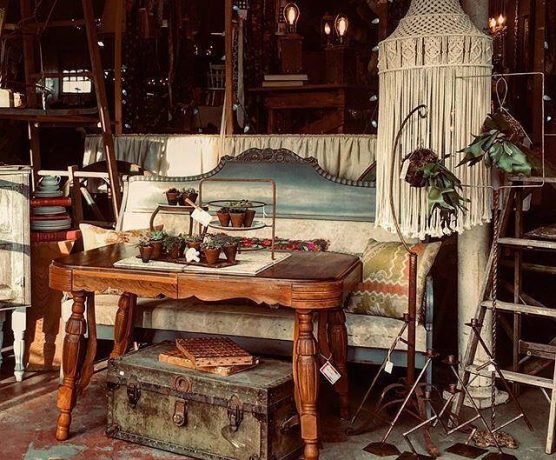 Home to makers and artisans of all kinds, you'll find handmade creations, unique antiques, and bookstore shelves to peruse. 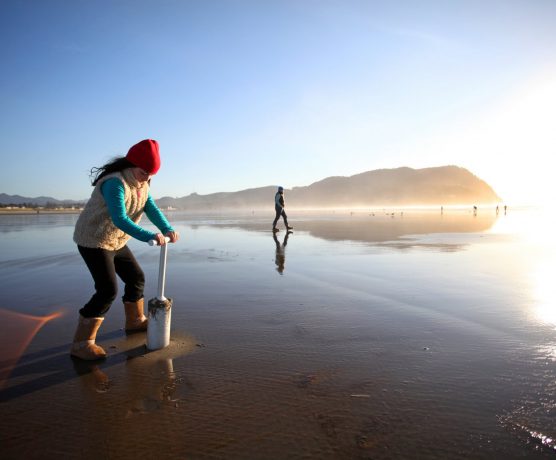 Can you dig it? Grab a shovel, bucket, and license and hunt down razor clams to take home and fry up. 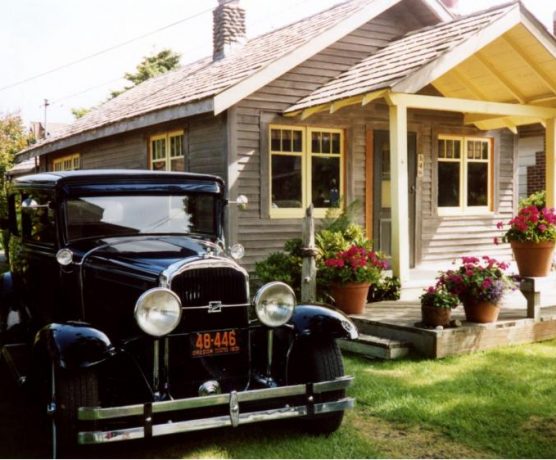 Oregon's North Coast is full of history, come in the fall to tour architectural sites, marvel at classic coupes, and hear graveside tales. 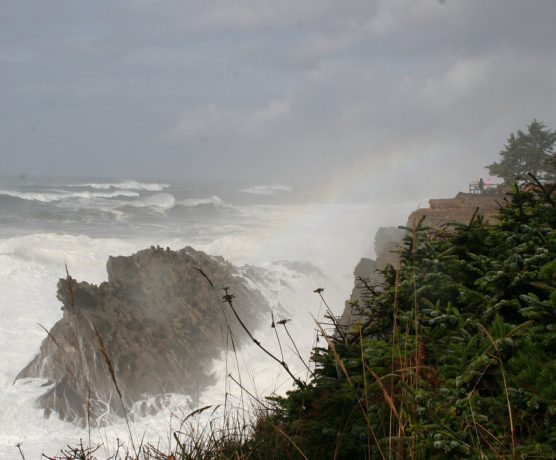 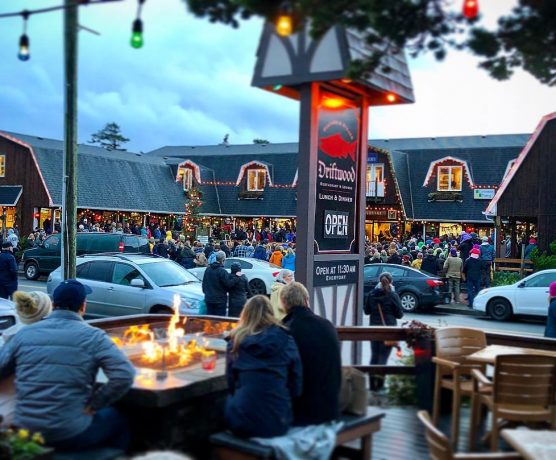 From shops and trees decorated with lights, spicy & sweet treats, and a few extra delights, 'tis the season! 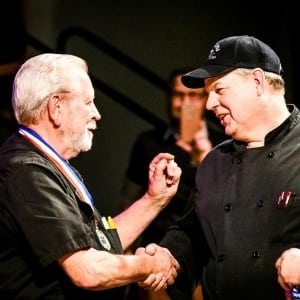 Remember the ocean can be unpredictable, particularly during the stormy winter and fall months. Even on calm days, sneaker waves surprise unsuspecting people, potentially injuring or sweeping them out to sea. Don't turn your back on the ocean at any point while on the beach.

The Oregon Coast experiences a range of weather throughout the year – fog, sun, rain, and, generally, moderate temperatures. Depending on when you plan to visit, you may experience a number of different weather patterns, so it’s always important to dress in layers and make the most of whatever the weather brings your way. While the coast may be known for its rain, the higher rainfall keeps the North Coast lush and green and helps coastal wildlife thrive.

Spring and Summer on the North Coast bring especially pleasant stretches of beautiful weather. While April experiences considerable rainfall, it also is the start of warmer months ahead. By the time June arrives, it is common for days to be in the low 70s accompanied by a soothing ocean breeze. Visitors often flock to the North Coast during the summer as temperatures from inland towns escalate, trading heat-waves for the ocean-regulated mild (but still warm) weather on the coast.

Alternatively, Fall and Winter on the North Coast bring colder temperatures, more rainfall, foggy mornings, and gray skies. This is a perfect time to appreciate the dramatic views at the region’s many natural landmarks while avoiding large crowds. It’s also a great excuse to bundle up inside, read a good book, and get cozy on the coast. While temperatures are mostly mild, the winter may bring a day or two where light snow occurs.

Regardless of how the weather fluctuates, the North Coast will always be a stunning destination to visit.

When is the best weather on the Oregon coast?

If you’re looking for clear skies and sunny days, you can find the best weather on Oregon’s North Coast during summer months. While temperature will fluctuate from week to week, peak temperatures generally occur during July and August with highs around 77°F. This is also the busiest time of the year on the North Coast, so plan accordingly!

The Oregon coast climate is generally mild and cool with seasonal fluctuations throughout the year. Temperatures on the North Coast gradually ramp up from January with highs around 49°F to the warm summer months, and then decline for the remainder of the year. The late fall and winter months can be particularly wet, routinely hitting 10 inches of rain or more.

The ocean itself is largely responsible for the moderate climate on Oregon’s North Coast. In addition to affecting land and sea breezes, the ocean also influences the climate with its temperature resiliency – helping keep summers a bit cooler and winters a bit warmer than more inland destinations. The ocean also influences fog and rain in the area. As seawater evaporates, it creates moisture in the air which is then carried inland by sea breezes.

This website uses cookies to improve your experience while you navigate through the website. Out of these cookies, the cookies that are categorized as necessary are stored on your browser as they are essential for the working of basic functionalities of the website. We also use third-party cookies that help us analyze and understand how you use this website. These cookies will be stored in your browser only with your consent. You also have the option to opt-out of these cookies. But opting out of some of these cookies may have an effect on your browsing experience.
Necessary Always Enabled
Necessary cookies are absolutely essential for the website to function properly. This category only includes cookies that ensures basic functionalities and security features of the website. These cookies do not store any personal information.
Non Necessary
Any cookies that may not be particularly necessary for the website to function and is used specifically to collect user personal data via analytics, ads, other embedded contents are termed as non-necessary cookies. It is mandatory to procure user consent prior to running these cookies on your website.
Analytics
Analytics cookies help us understand how our visitors interact with the website. It helps us understand the number of visitors, where the visitors are coming from, and the pages they navigate. The cookies collect this data and are reported anonymously.
Performance
Uncategorized
Advertisement
Advertisement cookies help us provide our visitors with relevant ads and marketing campaigns.
Save & Accept